This day in transportation history 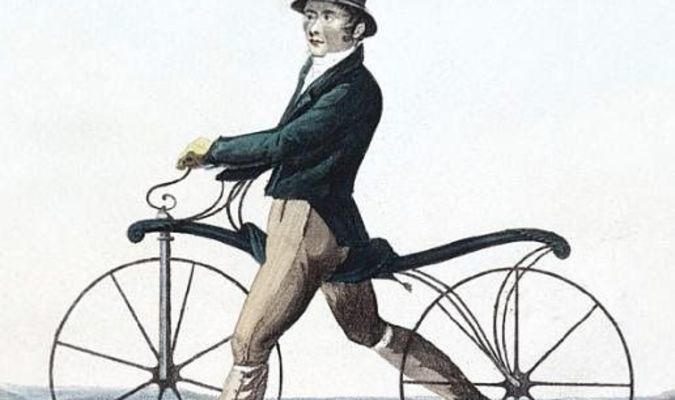 May 21, 1819 - The first bicycles in the United States made their debut in New York City. Those bicycles, actually known as “velocipedes” or “swift walkers,” were based on two-wheeled steerable machines that had been designed by Germany’s Baron Karl von Drais and patented just the previous year.

Photo of a velocipede from Wikipedia.