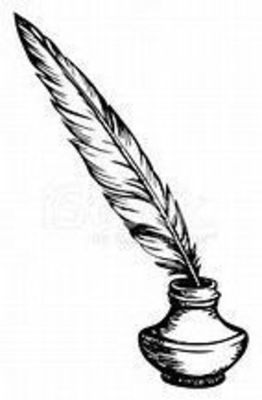 “It’s still hard to believe it’s real.” A statement from a Whig story about people dealing with the COVID-19 threat. I’m not sure how the numbers will play out by the time this column is printed but right now, Ralls County has its first confirmed cases of the virus. Illinois and other states east of us, especially New York, have more cases. Still, here in the rural areas, we haven’t been hit as badly.
That is likely due to the self-quarantine and the closing of all but essential workplaces. Let’s face it, if you live on a farm or are retired and living in town, you probably don’t leave your home that much. Most of us are good with the alone time with our families or by ourselves.
I’ve read more, which is a blessing. Without meetings and ball games, I’ve spent my evenings watching some TV, reading the newspapers and magazines that pile up on the table, and finishing the book I started weeks ago. I’ve cleaned and purged closets and tried some new recipes (a sure sign of boredom).
Blaise Pascal said, “All of humanity’s problems stem from man’s inability to sit quietly in a room alone.” I don’t know that I’d go that far, but it is something to think about.
Communication is the key. Social media and cell phones have kept us in touch with friends and family. And of course, the daily barrage of press conferences from various governors and our president provide us with a glut of facts and paranoia. What to believe? What is hype? I honestly don’t know.
I spend a good deal of time going through several email accounts for my job. Every so often I switch over to check Facebook. I get a lot of music on my feed and I stopped on the Anthem Lights video of “How Great Thou Art.” Just what I needed on a gloomy morning. Imagine a planet with everyone sending up their own prayers of praise and thanksgiving despite these trying times. It’s all about perspective.
I like reading about how everyone is handling their quarantine. I’m giving any teenager a run for their money in social media usage. I laugh at some of the memes and videos. (You have to check out the Southern Mommas video “Quarantine.” It is hilarious. Reminds us to laugh because this, too, shall pass.) Another showed two aliens sitting on a couch watching TV. A third alien comes in asks what they’re watching. “Watching season 2020 of earth. S**t is getting wild.”
One of my favorites says for the first-time humans can stay at home, sit on the couch, watch marathons, and do absolutely nothing…and save the world. Bottom line, “Let’s not mess this up.”
Flipping through the Whig, I saw an article on the death of Kenny Rogers. I remember watching him and the First Edition perform “I Just Dropped In” on TV. It was sung as they appeared to walk through a long tunnel swirling with colored lights. Typical 60’s setup and it became a hit in 1966. Rogers is best known for his crossover hits in country music and he was a CMA favorite. Did you know “The Gambler” had been recorded six times before Rogers made it a hit in 1978? It does offer some sound advice in these turbulent times, “You gotta know when to hold ‘em , know when to fold ‘em, know when to walk away, and know when to run.”

Current Road and Bridge Work for Monroe and Ral...