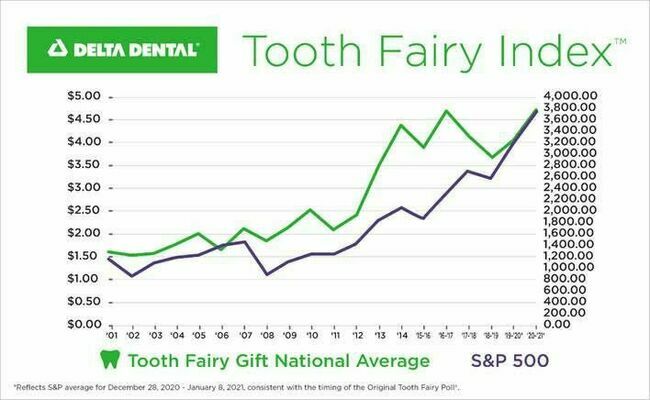 OAK BROOK, Ill. — February 23, 2021 — Today, Delta Dental released new findings from its Original Tooth Fairy Poll® that show the Tooth Fairy's average cash gift reached its highest point in the 23-year history of the poll for a total of $4.70 per tooth.

"Having the Tooth Fairy visit to celebrate the loss of a tooth is a time-honored tradition, and 2020 was no exception," said Emily O’Brien, Director of Strategic Communications, Delta Dental Plans Association. "Many parents welcomed the Tooth Fairy into their homes last year as a way to teach their kids about the importance of oral health and embrace a bit of much needed light-hearted fun along the way."

Delta Dental has been analyzing the Tooth Fairy's U.S. annual giving trends since 1998. The newly disclosed value of a lost tooth has more than tripled since its inception when the value of a lost tooth was $1.30. 2020's historical giving is marked by the highest all-time average gift of $4.70 per tooth, four-cents higher than the previous peak in 2017 at $4.66.

The Value of Lost Tooth and the Economy

The Original Tooth Fairy Poll has typically mirrored the economy's overall direction, tracking with the trends of Standard & Poor's 500 Index (S&P 500) for 16 of the past 19 years. Last year, a single lost tooth was valued at $4.03, and this year's survey shows upward growth to $4.70, a 17% increase. Over the same time, the S&P 500 also experienced growth, with a 19% increase, reaching its highest average since the inception of the Original Tooth Fairy survey.

· $5.72 – The Northeast: Leads U.S. regions in the highest average monetary gift for a lost tooth.

· $5.54 – The West: With a nearly two-dollar increase over 2019, the West moves from third average gift to second highest this year.

· $3.66 – The Midwest: Remains lower than the national average for the third year in a row.

Giving Back to Conservation By Joining CFM

Klusmeyer to be Madison's Principal 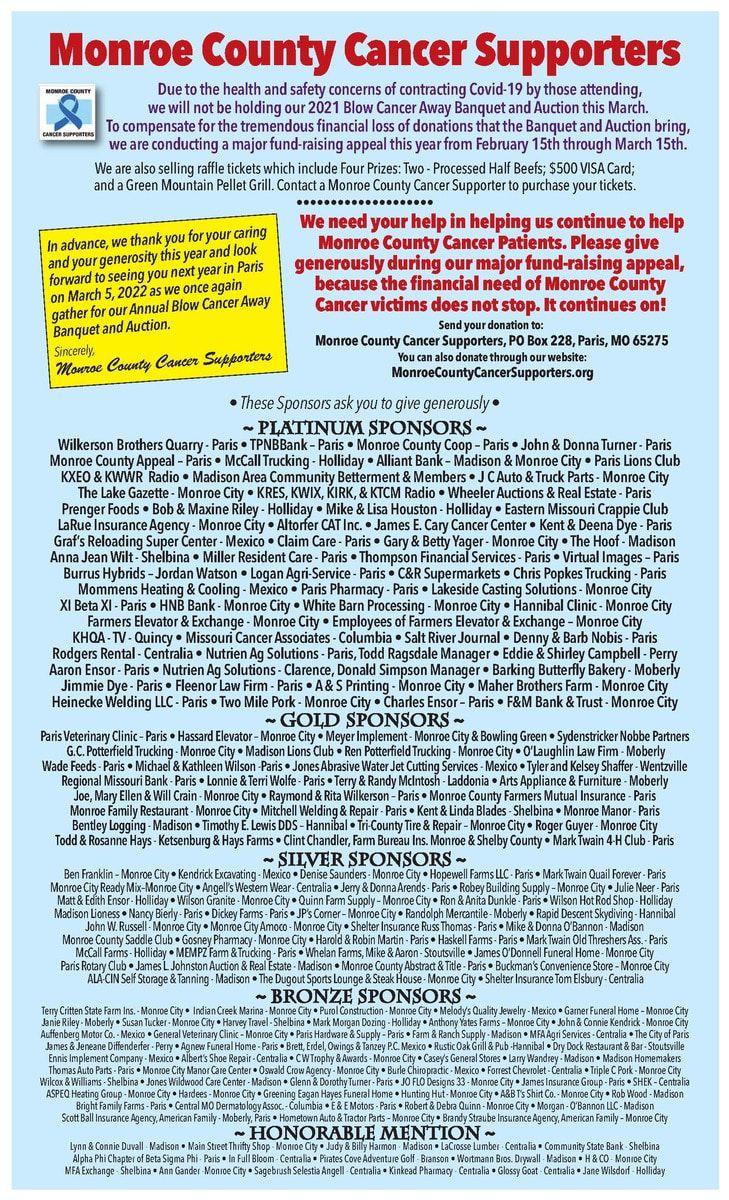